Peter Cook (1936- )
"the dynamic can-do optimist and spokesman"
was something of a ringleader of Archigram. Born in 1936, he studied at Bournemouth College of Art and the Architects Association. In 1961, he contacted Micheal Webb and David Green and together produced the first Archigram publication. His most famous Archigram works were the Plug-In City (1964), Experimental Architecture (1970) and Melting Architecture (1975) 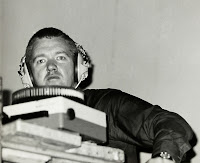 Dennis Crompton (1935- )
"The back-room fixer dealing with technology and looking after the archives"
He studied at Manchester University. The records he kept of Archigram led to the creation of the Archigram Archives, which in turn led to Crompton assembling the Archigram Exhibit which began touring global museums starting in Vienna in 1994. 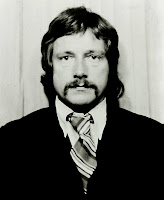 David Greene (1937- )
"the poet, pessimist, elusive dreamer and devastating critic"
Cook and Greene released the first Archigram publication in 1961. Prior, he studied at Nottingham University where his thesis- a mosque in Baghdad- barely passed. Known as the poet of the Archigram, he was preoccupied with alternative lifestyles and the concept of invisibility. Considering architecture to be redundant, he strived to reinvent things in contrived and original ways. 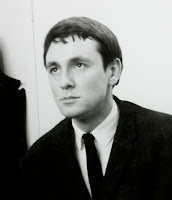 Michael Webb (1937- )
"the hermit-like artist and design genius"
He studied at Regent Street Polytechnic, since renamed University of Westminster, where it took him 17 years to qualify as an Architect. His most famous projects are the Sin Palace and the High Wycombe Furniture Manufacturer’s Building. The latter was his fourth year design project and was featured at MoMA in 1962 as part of a Visionary Architecture Exhibit. During the Archigram Movement, he was regarded as somewhat of a loner though simultaneously described as an optimist. During much of Archigram, he lived in or spent time in America and was somewhat of a ‘corresponding member’. Nevertheless, he was as influential a member as any and fondly known as 'Spider' Webb. Since the dissolution of Archigram, Webb has continually reworked his astonishing conceptual projects. Sin City, his thesis, is still under constant re-invention. He has taught as Columbia, Barnard and Virginia Tech among other positions and still holds a post at Cooper Union. 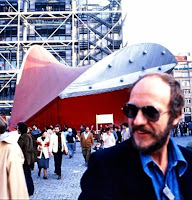 Ron Herron (1930- 1994)
"the positive, hands-on designer"
was known to draw effortlessly, even among the members of Archigram. He was born in 1930 and studied as a Draughtsman at the Brixton School of Building. He served in World War Two and, upon returning, studied architecture at Regent Street Polytechnic Institute. His most famous Archigram project was the Walking City (1964) and his work, like his personality was highly optimistic. After Archigram dissolved, he taught at UCLA, AA and the University of East London.


"the catalyst of ideas."

He studied at Manchester University where he met Ron Herron. His major Archigram project was ‘Gasket Homes’. He was known as the most critical and abrasive of the group and his interests were most eclectic. He was always divided between Architecture and painting. After Archigram, Chalk was a Fellow of the British Interplanetary Society, Member of the Society of Industrial Arts, Member of the Interfaculty Computer Graphics Research at UCLA and a Consultant at the Jet Propulsion Lap at NASA.